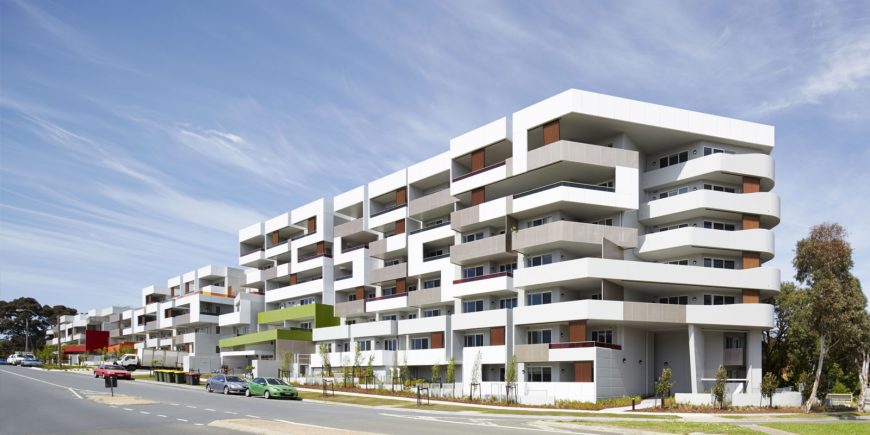 Recently Director Greg Anson presented the Ashwood Chadstone Gateway Project at the Innovation in Social Housing seminar hosted by the Australian Housing Institute. The presentation focused on how the architectural response helped to create a community.

Since opening in 2013, the development has fostered a strong and vibrant community that enriches the lives of the people who live there and the community around them. The project is a a leading example of our design philosophy at work – creating opportunities for better experiences through socially responsive architectural solutions.

The proof that this approach delivers ongoing value is best expressed by the community of the Ashwood Chadstone Gateway. We recently interviewed the residents and PPHA staff about their experiences and the social benefits this development has achieved.

Watch the video below to learn how the architectural solution created a community.

Earlier in the month Karingal and the community celebrated the official opening of the Eastern Hub. Attended by members of the community, centre users, Karingal staff and City of Greater Geelong council members, the vision for the Hub  – as an intergenerational place for all – was realised at the opening.

Officially opened by Ms Christine Couzons MP, Member for Geelong, the opening recognised the great work of the community, Karingal and the design and construction teams in creating a place that will serve the community for many years to come.

Congratulations to the FMSA team members who worked on the project throughout it’s many phases – Riordan, Elise, Sonya and Adela – on the success of the project.

In recent weeks the East Geelong Community Centre (EGCC) has made great progress on site with the first of the rammed earth walls and Stage 1 steel work beginning to take shape on site.

As show in the artistic impressions, the rammed earth walls feature throughout the Centre adding to the natural textural quality of the buildings material palette.